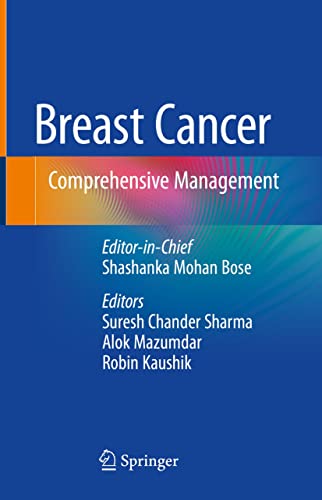 商品の説明
著者について
Dr. Shashanka Mohan Bose did his medical graduation from G R Medical College, Gwalior, India in 1963, and postgraduation in surgery from Postgraduate Institute of Medical Education and Research (PGIMER), Chandigarh, India in 1966. He joined PGIMER as registrar in surgery in 1967, continued his ascent and superannuated as senior professor and head of surgery department in 2002. He had also worked as professor in surgery at A.I.I.M.S., New Delhi. In addition, he had done training in some of the best surgical units of the world – Royal Postgraduate Medical School and Hammesmith Hospital, London; Kings College, London; Memorial Sloan Kettering Cancer Centre, New York, etc. Following his superannuation, he continues to practice as senior consultant oncosurgeon.

Dr. Bose has been interested in surgical oncology and GIT surgery. He is known for his surgical skills and is credited with a number of innovations and initiation of procedures and techniques. He is specially known for his vast experience and expertise in the field of breast cancer surgery, probably one of the first in the country to initiate breast conservation surgery.
Dr. Bose has been taking active part in professional organizations, held a number of positions in various societies, such as national president of Association of Surgeons of India, Indian Association of Surgical Gastroenterology, and president of Chandigarh Surgical Society.

His autobiography book “Memoirs of a Surgeon beyond Incisions, Blood, & Sweat” has been recently published. He is very much interested in health education of people and has written a number of books, and a large number of articles in lay press.

Dr Sharma did his M.D. Radiotherapy from PGIMER, Chandigarh in 1976. Joined department as lecturer in 1980 and rose to become professor in 1998. He headed the department from April 1994 till his retirement in August 2014. He upgraded the department of radiotherapy to become the most modern department with facilities for providing all latest techniques of radiotherapy – 3D CRT, IMRT, VMAT, IGRT with motion control facilities and SRS & SBRT. Apart from iridium brachytherapy, he also introduced HDR cobalt brachytherapy.
Dr Sharma has special interest in the management of breast cancer, lymphomas and brachytherapy. He has published nearly 240 scientific papers in national and international journals of repute. He has contributed 6 chapters in different books.

Dr. Alok Mazumdar (M.S, D.N.B, F.I.C.S)graduated from Christian Medical College, Ludhiana and did M.S in general surgery from Postgraduate Institute of Medical Education and Research (PGIMER), Chandigarh. He worked in the department of general surgery at PGIMER Chandigarh as senior resident for 3 years.  Later got DNB in general surgery and also F.I.C.S. Dr Mazumdar is presently working as head of the department of surgery, Seven Hills Hospital, Visakhapatnam. He is interested in teaching and training postgraduate students as a part of D.N.B (Diplomate of National Board, New Delhi). He is a member of a number of professional associations, such as ASI, AMASI, NASA, IASO, IMA and others.

Dr. Robin Kaushik graduated from Armed Forces Medical College, Pune and later qualified MS in general surgery from Dayanand Medical College and Hospital, Ludhiana. He joined GMCH Chandigarh soon after, where, among other things, he developed keen interest in the management of breast cancer. He is an avid reader and writer, and has authored books on surgery and even ventured into fiction. He served as associate editor for the Indian Journal of Surgery for nearly 14 years, and is currently working on another book project.