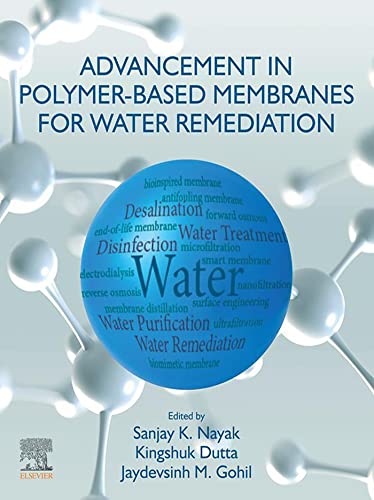 商品の説明
著者について
Prof. (Dr.) Sanjay K. Nayak is currently the Vice Chancellor of Ravenshaw University, Odisha, India. He was the Former Director General of Central Institute of Petrochemicals Engineering & Technology (CIPET), a Higher Technical Education Institute under Department of Chemicals & Petrochemicals, Ministry of Chemicals & Fertilizers, Govt. of India. Prof. Nayak has more than 33 years of experience in Teaching, Research and Technical Consultancy. As a passionate educationist, Prof. Nayak holds dual Ph.D. Degree both in Science & Engineering, and also conferred with D.Sc. Degree on “Advanced Thermoplastic Composites & Nanocomposites”. He has mentored more than 50 scholars for Ph.D. program and 75 students for their M.Tech./M.E. theses. He has around 500 publications in peer reviewed International Journals, more than 300 International Conference papers and several Patents and Designs to his credit. In addition, he has been the Author/Editor of 30 Books/Book Chapters with leading International Publishers. Moreover, he has been actively contributing towards indigenous technology development through funded Research Projects and Consultancy Services to the industries. He is also the recipient of many awards, like ‘Distinguished Scientist Award’ in appreciation to his contribution to Polymer Science & Technology by Asian Polymer Association (APA), ‘Commendable Faculty Award’ for Research in Material Science & High Citation Index (as per Scopus), National Awards for Technology Innovations in Petrochemicals and Downstream Plastics Processing Industry and Lifetime Achievement Award by FICCI / India Chem in 2018, Department of Chemicals & Petrochemicals, Govt. of India for Distinguished Contribution to Indian Plastics Industry. He has been awarded “Honoris Causa (Honorary Doctorate)” from Utkal University & Biju Patnaik University of Technology (BPUT), Odisha, India in 2017 and 2020, respectively. He has also been featured as one of the top 2% of the Global Scientists in the field of Polymers in a study by Prestigious Stanford University, U.S.A.

Dr. Kingshuk Dutta, FICS, is currently employed as a Scientist in the Advanced Polymer Design and Development Research Laboratory of the Central Institute of Petrochemicals Engineering and Technology, India. Prior to this appointment, he had worked as an Indo-U.S. Postdoctoral Fellow at the Cornell University, U.S.A. (2018-19) and as a National Postdoctoral Fellow at the Indian Institute of Technology – Kharagpur, India (2016-17), both funded by the Science and Engineering Research Board, Govt. of India. Earlier, as a Senior Research Fellow funded by the Council of Scientific and Industrial Research, Govt. of India., he had carried out his doctoral study at the University of Calcutta, India (2013-16). He possesses degrees in both technology (B. Tech. and M. Tech.) and science (B. Sc.), all from University of Calcutta. He was also a recipient of the prestigious Graduate Aptitude Test in Engineering (GATE) and National Scholarship, both from the Ministry of Human Resource Development, Govt. of India. His areas of research interest lie in the fields of fuel cells (including alcohol, bio/microbial and hydrogen fuel cells), sensors, water purification, polymer blends and composites and biodegradable polymers. Until date, he has contributed to 45 experimental and review papers in reputed international platforms, 24 book chapters and many national and international presentations. In addition, he has edited/co-edited two books published by Elsevier. He has also served as a guest associate handling editor for Frontiers in Chemistry and a peer-reviewer for over 130 journal articles, conference papers, book chapters and research project proposals. He is a life member and an elected fellow of the Indian Chemical Society, a life member of the International Exchange Alumni Network (U.S. Department of State), a member of the International Association of Advanced Materials (Sweden) and a member of the Science Advisory Board (U.S.A.). Earlier, he held memberships of the International Association for Hydrogen Energy (U.S.A.), the Institute for Engineering Research and Publication (India) and the Wiley Advisors Group (U.S.A.).

Dr. Jaydevsinh M. Gohil is currently holding a Scientist position at the School for Advanced Research in Polymers – Advanced Polymer Design & Development Research Laboratory (SARP: APDDRL) (Bengaluru, India), an R&D wing of the Central Institute of Plastics Engineering & Technology (CIPET). He had received his B.Sc. degree in Applied Chemistry (Sardar Patel University) in 2000, M.Sc. degree in Plastics Technology (Sardar Patel University) in 2002, and Ph.D. degree in Chemistry (Bhavnagar University) in 2008. Prior to his present appointment, he had worked as a Postdoctoral Fellow at the University of Western Ontario, Canada (2011-2014) and at the Indian Institute of Technology (IIT) Bombay, India (2009-2011,) funded by the Ontario Centers for Excellence/the Natural Science and Engineering Research Council /the BioGenerator Energy Solution Inc., Canada and IIT Bombay/DOW Chemicals, respectively. Earlier he was awarded Senior Research Fellowship from the Council of Scientific and Industrial Research (CSIR), New Delhi, India (2006-2008), and during that period, he had carried out his doctoral study at the CSIR-Central Salt & Marine Chemicals Research Institute (CSMCRI), India. He had served as an Assistant Professor in the Department of Material Science at Sardar Patel University from August 2015 to October 2015, and later on joined and worked at Laboratory for Advanced Research in Polymeric Materials (SARP: LARPM), CIPET, Bhubaneswar, as a Pool Scientist from Oct. 2015 to Nov. 2016. He has more than 30 peer-reviewed papers/book chapters to his credit published in international journals. His research interest includes development of membranes and membrane processes for environmental applications (water purification and treatment) and energy generation (fuel cells), design and development of novel and smart polymers, bioinspired materials, and hybrid materials for membranes molecular separation and energy generation. –このテキストは、paperback版に関連付けられています。